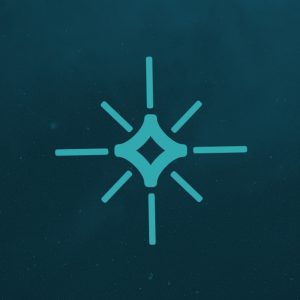 St. Nicholas of Myra was an actual historical figure who was born around 270 A.D. and died around December 6, 346. He lived in modern-day Turkey (a far cry from the North Pole!) and served as a bishop. There’s no doubt he lived an extraordinary life, as the tradition that has built up around him has survived and grown to what we now know as Saint Nick, or Santa Claus.

While legends and lore have attributed good and even miraculous deeds to St. Nicholas of Myra, the important thing is that he would have seen himself as a follower of Jesus. His faith would have been the root of his generosity and care for the poor. The hero of culture’s celebration of Christmas would no doubt be confused that Jesus Christ was no longer at the center of a holiday bearing his name and commemorating his birth.

Let’s consider the heart behind giving. Like the original St. Nicholas, our generosity is rooted in the generous love of God in giving his own Son. It was not to earn favor or build currency, it was not to earn praise or recognition. Giving that comes from a heart of love is focused on the one you give to.

For more information on St. Nicholas, we recommend this article entitled Who Was St. Nicholas?

Luke 2:8–14  (ESV)
And in the same region there were shepherds out in the field, keeping watch over their flock by night. And an angel of the Lord appeared to them, and the glory of the Lord shone around them, and they were filled with great fear. And the angel said to them, “Fear not, for behold, I bring you good news of great joy that will be for all the people. For unto you is born this day in the city of David a Savior, who is Christ the Lord. And this will be a sign for you: you will find a baby wrapped in swaddling cloths and lying in a manger.” And suddenly there was with the angel a multitude of the heavenly host praising God and saying,

“Glory to God in the highest,
and on earth peace among those with whom he is pleased!”